Fujifilm are holding what they are billing in Japan as the Fujifilm Landscape Photography Festival. And it seems this is a Fujifilm competiton with a twist. What is that twist you may ask? Well, that after seemingly years of showing almost complete disregard for the film side of the business *cough #fujinotfilm*, they have suddenly decided to hold a competition for photographs shot only on film.

Yes, thats right. Fujifilm are actually holding a competition for film photographers. A group they seem to singularly not give a monkey’s about for the last few years.  Though it should be noted that the competition is only in Japan. After scouring the rules and the conditions it makes no mention of overseas submissions, but one of the conditions of the competition is that the images “capture the scenery of the four seasons in Japan. Real Japanese landscape & nature photography work”. So that pretty much rules out foreign submissions unless you actually have some amazing shots of Japan from your last visit. But wait, it gets even better. It is not limited to Fujifilm products, you can submit shots taken on any film brand. Though the advert definitely leans towards the idea of the use of Fujifilm products.

If you are in Japan then you can submit as many applications as you want up until the 9th of September, with the show taking place in early 2023.

There are only 100 slots available and if your image wins then you get your work in a periodical magazine, guest entrance to the party, a lovely pin badge and a lovely copy of your work.

My head is still spinning

Yeah, mine too. Why now? Fujifilm hasn’t exactly shown a great deal of goodwill to the film community in recent years. The eternal cynic inside me says that Fujifilm is just using this as an excuse to help clear remaining stocks in Japan. Whereas the fearful optimist tells me that Fujifilm might finally be acknowledging the importance of film photography as part of their business model. Could this mean more from Fujifilm in the future? One can only hope. 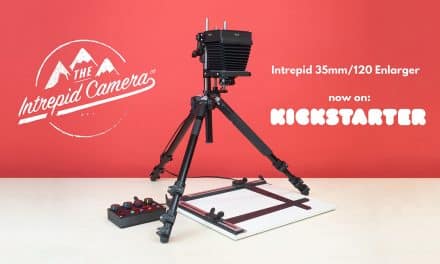