The James Bond 007 bag collection – by David Lo
David Lo is back, with another fantastical selection of dream bag drawings. This time though his subject is the most British of instituions, James Bond. Oozing with class, sophistication and deadly intent, David’s bag drawings take us into the world of the gentleman spy.

David Lo has been on the site before and his drawings of fantasy bags have certainly caused a stir and have gained popularity. Hopefully we will see a book from him soon, as these pieces are simply stunning.

As I am a big Bond fan, these are right up my alley. I mean, who doesn’t love a bit of Bond? With the gadgets, the girls and the high flying lifestyle, it is pure entertainment. And these drawings bring out the spirit of Bond, but with a twist, as each contains a camera. Over to David… Most of the history of photography has been invested in the fantasies of the photographer (Hasselblad, Leica M-system, Minox, Contax, etc) therefore fantasy camera design really isn’t so out of the ordinary nor unnatural.

With due attention to the latest Bond fantasy “Skyfall”, I’ve managed in my series (this is the 6th installment) to give the Post Cold War J. Bond more peaceful yet still fantastical adventures. ‘Bond as diarist’ should give the common man more fodder for vicarious daydreaming. It certainly allows for my daydreams as quartermaster.

Q meets B at a museum and presents him with the exact same locked gun case except that it contains a customized Midori Traveler’s Notebook in black crocodile skin and royal blue lining, a pen case that holds two italian fountain pens and a bottle of a rare blend of Italian ink. This camera bag has much more items than the kit that is given to Bond in Skyfall, but Bond’s activities are much less dangerous for the proposed design so there is a balance here.

Upon closer inspection and under the protracted tutelage of Q, we learn that this writing & sketching kit is much more versatile and worthy of being a Homage to Ian Fleming, so please pay attention as this set of gadgets works together synergistically (so little of the kits in Bond films did so over the years).

Two Italian Delta fountain pens come with their leather pen holder. One of them contains a camera obscura with film (otherwise known as a pinhole camera) and Zantac pills to calm the nerves and reflexes of the shooter. The other fountain pen contains a signature seal and a radio speaker for an iPhone!which should be wired with special MI-5 apps. The Midori traveler’s notebook has a holder for photographic prints, a set of calling cards (much more civilized than using crude pick up lines), a Gossen Ombrux Leica light meter, a training practice device for edge sorting in casinos during Baccarat, special postcards to send to MI-5 that can go in the regular mail and that can be detected instantly, compartments that hold lead inserts so that the notebook can be used as a bullet-resistant shield or an old-fashioned but very effective bludgeon, and finally a portable IV kit for emergency medical care. Everything is replaceable in this kit except for the ink bottle which is actually a commemorative souvenir item. The bottom half of the bottle is a quasi-kaleidoscope that allows a lava lamp sort of view of an endless ocean bottom with “Bond film trailer” aquatic shapes of maidens that have lulled our fantasies since the last century. The lid of the ink bottle flips up to expose the eyepiece and a relic: a tiny key from Ian Fleming’s own gold typewriter. 2. The Man with the Golden Gun + Pinhole camera with bellows

This homage is for the original producers of the James Bond films, Albert R. Broccoli and Harry Saltzman. This was their last Bond film together. And although this film has had an unfortunate early life having been vilified among the other films, it grows well with age and like many other things its time will come.

The design is an upgrade and modification of the original gadget for the film. It is a peaceful variation (it is not a weapon and does not shoot any projectiles). Instead of a cigarette case, we use a small cigar case, and the lighter is no longer a breech for a firing weapon but becomes a film winder for a 6X6 medium format pinhole camera, with a bellows that pulls out of the case allowing for multiple focal lengths and formats as well as a macro to zoom capability. The Leica A’s vertical, uncoupled rangefinder also breathes new life into this design as a quasi-kalart rangefinder on the side, still uncoupled. In many respects this camera is basically a Weegee variation. A focusing scale is marked on the pen. This camera is both a subminiature and a press camera. It can also easily be digitized. Except for the red velvet bellows,this entire camera is gold. As a cigar case it holds a single Davidoff Primeros 4.13×34 cigar, recalling the single bullet design for the gun. The lighter works, I do not think the original lighter functioned or could function. The opposite end of the cigar case holds a single replica gold bullet with the 007 initial as a conversation piece and souvenir.

On another note, this must be one of the smallest medium format cameras in the world. The talented singer-actress-cabaret performer’s most memorable role might have been as the Bond film villain, Colonel Rosa Klebb in “From Russia with Love”.

This camera bag is both chic and dark. It may be a perfect accessory for paparazzi.

Like a modern house, it has panels that swing open revealing a half-frame bellows camera in the style of Pre-Leica prototypes ca. 1920 (as in the Sico, Debrie, Simplex, Le Phototank) I culled these styles as this was her era.

As a camera bag, it has a cigarettes case, matches (which one ignites by striking against the side of the shoe), an MP3 with a recording of some Kurt Weill Songs (the presentation box has a number of interchangeable modules for all of the Weill Songs Lenya sang as well as Louis Armstrong’s famous Mack the Knife song), a cleaning cloth (which is lens cloth on one side and shoe polishing cloth on the reverse), and a backup Minox Subminiature that pulls out at the top. A matching leather hand-strap and key for a tiny drawer for jewelry completes this six-compartment “Rosa” bag which is offered in black, red, or Python skin.

A second matching shoe for men is even more fetishistic. The “Quentin” has no camera at all but is a cigar humidor. The shoe’s tip contains a cutter and a lighter. Inside the stiletto a spout pours Scotch. I’m so surprised that since 1963 there hasn’t been a James Bond Attaché camera. Well, here it is.

The year is 1964, many months after the release of the now legendary film, “From Russia with Love”. Now James Bond embarks on a different mission, a leisurely peaceful one as a street photographer, albeit surreptitiously and shooting long from a distance (in the tradition of the AR-7 sniper rifle no less) as 007 agents can never fully relinquish their secretive nature. Therefore, the attaché now holds two magnum sized bottles of 1964 Taittinger champagne that actually conceal a digitized Hasselblad SWC kit.

The Hasselblad SWC is a legendary camera more suited for portability than it’s cousins. The view finder, wide-angle lens and scale focusing, make it wonderful for architectural shots. However the 38mm Biogon lens can now can shoot like a Leica 85mm Summarex portrait lens, with the help of a little bit of digitization. Like the Speed Graphic, the housing of the hasselblad may need a slight modification in order to bring the Micro 4/3 sensor to the film plane, though the goal of my digitizations aren’t razor sharp photos. I’m sure Q-branch has a dremel tool somewhere (all kidding aside, a trusty diopter and an optical bench will suffice to make the installment). Although not shown, a short monopod in three sections is also included.

Two further accoutrements of luxury that are part of this camera design are:
1. a soda fountain syrup-styled pump on the left side of the camera that dispenses a rare Kina Lillet for making Bond’s “true” drink from his novels, a Vesper Martini. Note that the right side is the shutter release. Both buttons are identical, a more peaceful substitute to the exploding talcum powder canister feature as in the movie.
2. on the side of the briefcase is concealed a humidor with four Cuban Montecristo No. 2 cigars (a homage to my favorite Bond actor & now UNICEF Goodwill Ambassador Roger Moore although he didn’t star in this film) releases with a flick of a lever.

There are no weapons in this attache briefcase camera design.

These are some of my personal favourites by David, I love Bond and I love the style and passion of these wonderful drawings. They are inspiring and fascinating all at once. I cannot wait to see more.

Design drawings and writings are copyright 2013 by David Lo
Please remember that the images are reproduced with the kind permission of David Lo and may not be used or reproduced without permission. 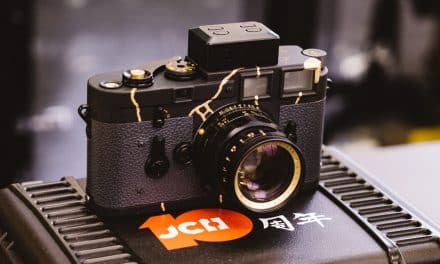 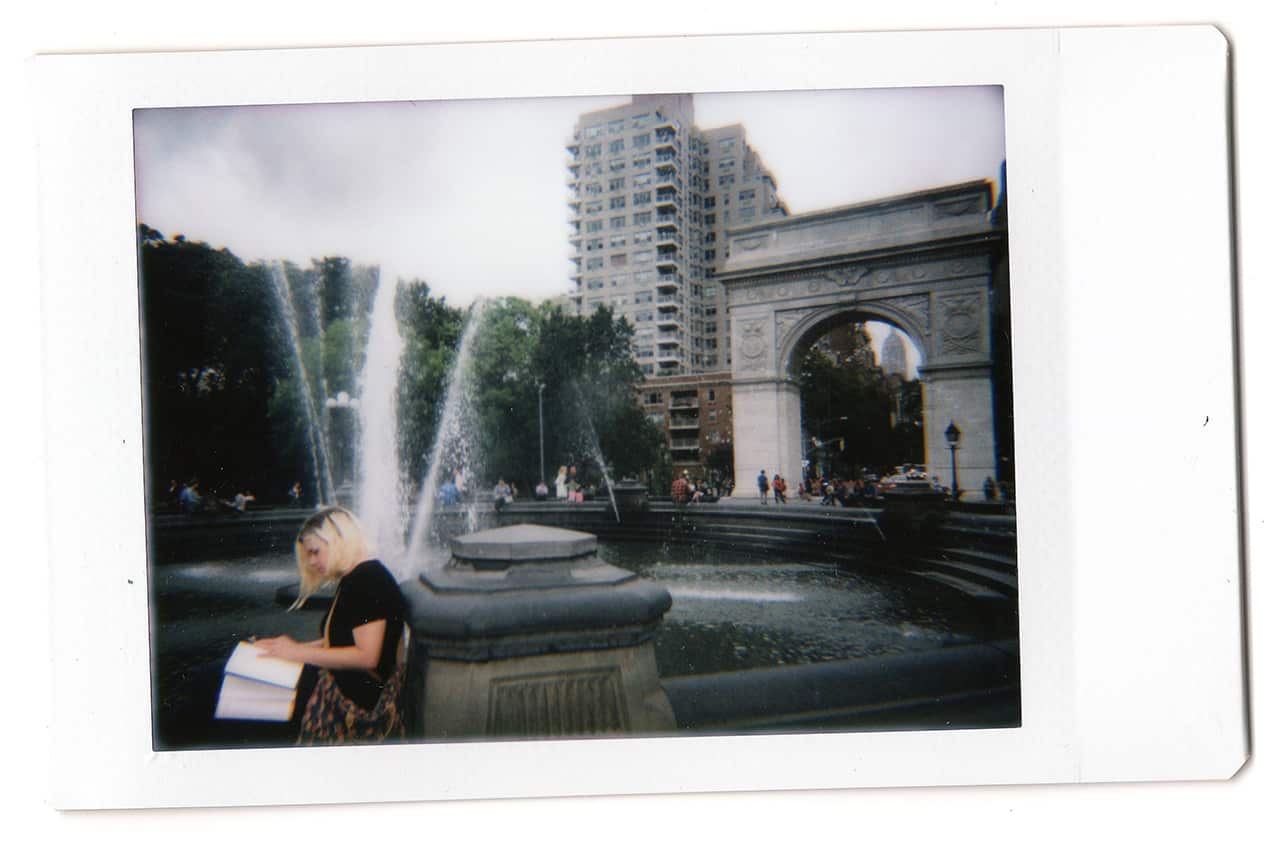