Why do you shoot film? Well, I shoot film because I can. It really is that simple. It is a lifestyle choice, just like being a vegetarian or a smoker. I have the had opportunity to shoot the very finest digital has to offer, and I still use digital cameras to take pictures of cameras. In my last job I was able to take pictures of cameras using a Phase one back. How about that? And it was great, truly. But I don’t have that kind of cash hanging about and that camera is not really suited for what I do in my personal work. For my work I like to take time over my pictures. I like to take time shooting and take time working out what images I like afterwards. I don’t like to fiddle around with white balance, or file formats or focus peaking (whatever that is). One of the big things about film for me is the very fact that it is ‘outdated’. We are living in a society that documents every move we make. That covets our information on a scale not ever seen before, and we willingly give it. We go onto facebook etc and tell people what we are eating, and take a picture. We tell them where we are going, and take a picture. And I am not immune to this and I have done it too. But I don’t want my photography to become that. I don’t want my life to be consumed by that.

It is funny really, I rely on the internet. I could not bring this information or cameras to you without it. I need facebook for my business, but I find the whole facebook culture to be rather unpleasant. I sometimes dream of having a little shop, which only has a phone (an old rotary dial type), a cat and a kettle and stepping out of the rat race. But that is unrealistic, I have to feed my family. So for me film is also that little bit of escape from this frenetic hyper life that we are all becoming addicted to.

I don’t think film is for everyone. Someone called me a ‘film evangelist’ the other day, but I don’t think that is correct. That would imply that I coerce and push people to like or follow something, with unwavering belief. I feel that I am far more of a ‘film champion’. I champion film and I talk about it, sell it, and share it. But I don’t force others to like it, that is their decision.
I am not going to sit here and tell you film is better. It is up to you to work out what is better for you. But I am not going to tell you that your medium is shit/outdated/shallow/stale/soulless etc. And this is something that I just don’t get. The majority of film users I have met are pretty easy going. They all own a digital camera too and they like film for a myriad of reasons, the main being the feeling of shooting something tactile and with constrictions that hone your abilities. They are often pretty easy going about the whole thing.
But the digital users that I hear from (and I get some pretty fruity mails/comments from too) seem to be a very angry bunch. I have variously been called a dinosaur, a luddite, a retard and something involving inserting my camera in a place I don’t think it will fit.
I think it is daft to attack a medium that someone else uses just because you don’t use it. We are not children. Take pictures with whatever you want, as long as it is what suits you. But don’t tell other people what they should be shooting with, that is not up to you. Unless you are a hipster taking an instagram of your lunch, then we should all be allowed to slap some sense into you.

I guess what I am trying to say is, shoot whatever you like. Just make sure you shoot.

What about you? Why do you shoot film, and if you don’t, why not? 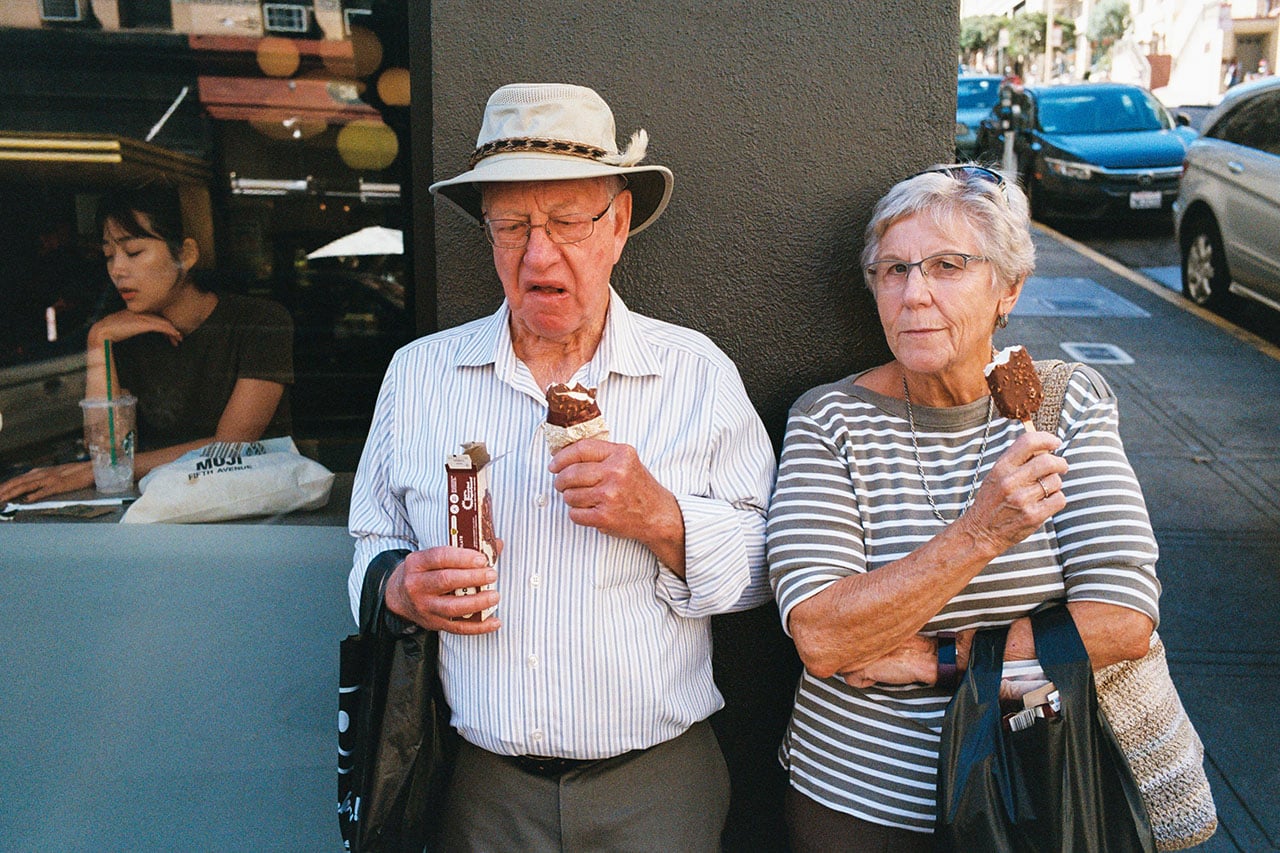 The first day of the show