My oh my. The renowned film director and photographer Wim Wenders recently took a breather from his Polaroids exhibition to opine on the state of photography in this short interview with the BBC. “I do believe that everybody’s a photographer. We’re all taking billions of pictures, so photography is more alive than ever, and at the same time, it’s more dead than ever.”

Harsh words from the Salt of the Earth and Paris, Texas director. He continues, “The trouble with iPhone pictures is nobody sees them. Even the people who take them don’t look at them anymore and they certainly don’t make prints.” This of course has ruffled the feathers of many the Instagram folk who dubbed him elitist and out of touch. Ah, the irony of millennials complaining about baby boomers complaining.

While I get the gist of what he wants to say, the choice of words and the highbrow demeanor leaves much to be desired. Lest Mr. Wenders forgets, photography was scoffed at by painters over a century ago, then 35mm had its struggles for legitimacy with its larger format siblings some 70 odd years ago, polaroids were the “digital” of their day, so on and so forth. Or is the BBC conveniently editing the interview to provoke?

As with virtually all squabbles throughout history, it pretty much boils down to definition. It begs the question, what is photography, the medium or the art? I believe that blurry out of focus distinction is the source of the problem.

Not all people who use a pencil are writers, not all people who throw something together in a frying pan are chefs, so by this logic not everyone with a camera is a photographer. While I don’t think a person can not be an artist if they use a cell phone camera, I believe he wanted to point out more that the use of mobile devices inhibits an individual’s growth as an artist or even the drive to approach photography that way. Fair enough, it’s a matter of education then. I wouldn’t have said that photography is dead, it’s just transformed.

“Photography was invented to be some sort of more truthful testimony of our world than painting. It’s not really linked to the notion of truth anymore. People look at photographs and think something’s done to them.” I imagine he’s referring to something like this. But as they say in Australia, “Yeaaah, naaah.” Photos have been doctored, altered and staged since the beginning. Stalin has purged figures from Soviet history, Doisneau staged “The Kiss”, raising the flag on Iwo Jima, even photographic demi-god HCB is guilty of hypocrisy with cropping out massive sections of frames. Again, photography’s just transformed.

I’d also argue that if everyone had their hands on a point and shoot like say a Contax T2 60 years ago and had an easy platform to share their images, the proportional amount of supposed sh*t wouldn’t be any different from today. Now that there’s way more people and more accessible cameras, the Pareto Principle can easily explain why we have to filter through so much more crap to find the good stuff. Same applies to music, movies, any human endeavor really. And what is the good stuff, who can judge art anyways? I believe the only answer is time. The Van Goghs and Allan Poes would’ve concurred.

“I’m in search for a new word for this new activity that looks so much like photography but isn’t photography anymore. Please let me know if you have a word for it.” It’s this constant need of labeling in our society that divides us, yet another extension of the film vs. digital or left vs. right debate that hinders human harmony. Yeah, rarity and the difficulty of achievement are important keys of art and thus I have more respect for someone that shoots manual and takes into account surroundings and lighting as well as subject over a willy nilly snapshot. But what we don’t need is labels, we need the long constant road of education. I could be wrong…I suppose only time will tell. 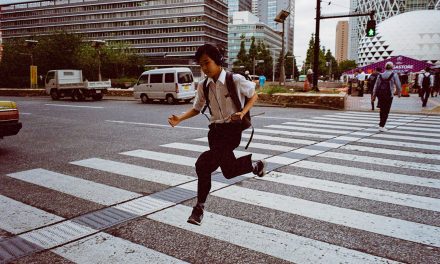