Film News: Kodak Alaris – What it means for you
It has been an awful few years for Kodak, what with being the harbingers of their own doom by basically inventing the digital camera, horrible mismanagement, and a CEO who puts his greed before his responsibilities. So the news that Alaris is the new Kodak can only be a good thing. But is it?

A while back we got the news that Kodak would be finally emerging from the dark cloud of bankruptcy. This was welcome news for all, but also uncertain news as nobody was really sure what it would mean for the film business. Would it be sold off to Lomo (one of the more stupid rumours)? Would it be broken down into bits and gradually shut down? The speculation was wild and nobody really had the first clue as to what would happen.

Then we got the news that Kodak would stop making cellulose acetate film base. And yet again speculation ran rampant, with Fox news even covering this one. Yet Kodak assured us that they have stockpile for years and that they are not selling off the equipment to make the film base, so they could re-start production if stocks ran low. This didn’t stop the rumour mill though.

And then finally some news that could be conceived as good. Kodak emerges from bankruptcy. But it was a different Kodak from the one we all knew and loved. Kodak Eastman is still not out of the woods and has a lot of restructuring to do. But the film division was pared off with other imaging divisions and put in the control of the Kodak Pension Plan. What became of this is what we now know to be Kodak Alaris.

But was this good news? The film division is being run by a bunch of pensioners who are all about the performance of their pension plan. Surely this meant that they are out of touch with what is going on and they would axe it all quick smart to add a bit more to their coffers.
Well, after reading this piece on the BJP it seems that it is good news. So how is this significant for the future of film photography?
Far from being out of touch Alaris has actually gave us a dose of much needed cheer. Although it is tinged with an edge of sadness.
As Alaris says, “the category is mature” which means that we are not going to see any new film stocks from the once great Kodak Labs. Nor will we see the re-release of the great stocks from the past. The current line up will continue. So your Tri-X and your Portra are safe for the next few years at least. The company is solvent though, with no debts, so hopefully this means we will not have any more of those horrible price rises of the past. But don’t expect there to be a reduction in prices, that is very unlikely to happen.

So what we have is a new company, Alaris. And a future for film photography. We will never see that striving for innovation or film invention that we saw from Kodak in the past. What we are going to see is a far more limited style of film production and availablity, one for the dedicated and passionate. Film will never be as cheap or as available as it was, but it will be there, if you want it enough.

Kodak is gone in my book. Long live Alaris.

What are your thoughts on this matter? How do you feel thing will change for you? Please feel free to comment below. 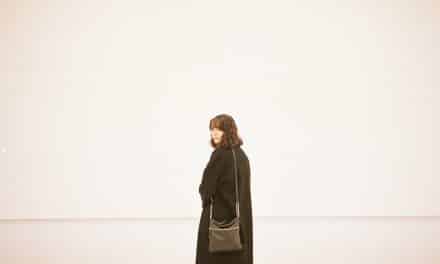