Cosh is back, with a great book review about one of my personal favourites, Subway by Bruce Davidson. Over to you Cosh…

Any discussion of contemporary street photography must encompass the great city of New York: its volume and variety of personalities set it apart as a haven for the social documentarian. A subsequent examination of New York must always begin with the two Bruces: Gilden and Davidson. Neither of these men should be new names to any artist, their work ought to be part of any discourse on photographic technique.
Davidson is a Magnum Photos Photographer – an accolade which says more than I could – and his pursuit of the true New York image has seen his photographs taken across the world in a variety of publications and exhibitions. Davidson identifies with the underprivileged: he sees them as beautiful and unique in their poverty and depression. His work exaggerates the beauty of everyday life, but particularly encourages people to see the beauty in places they may generally fear to tread. 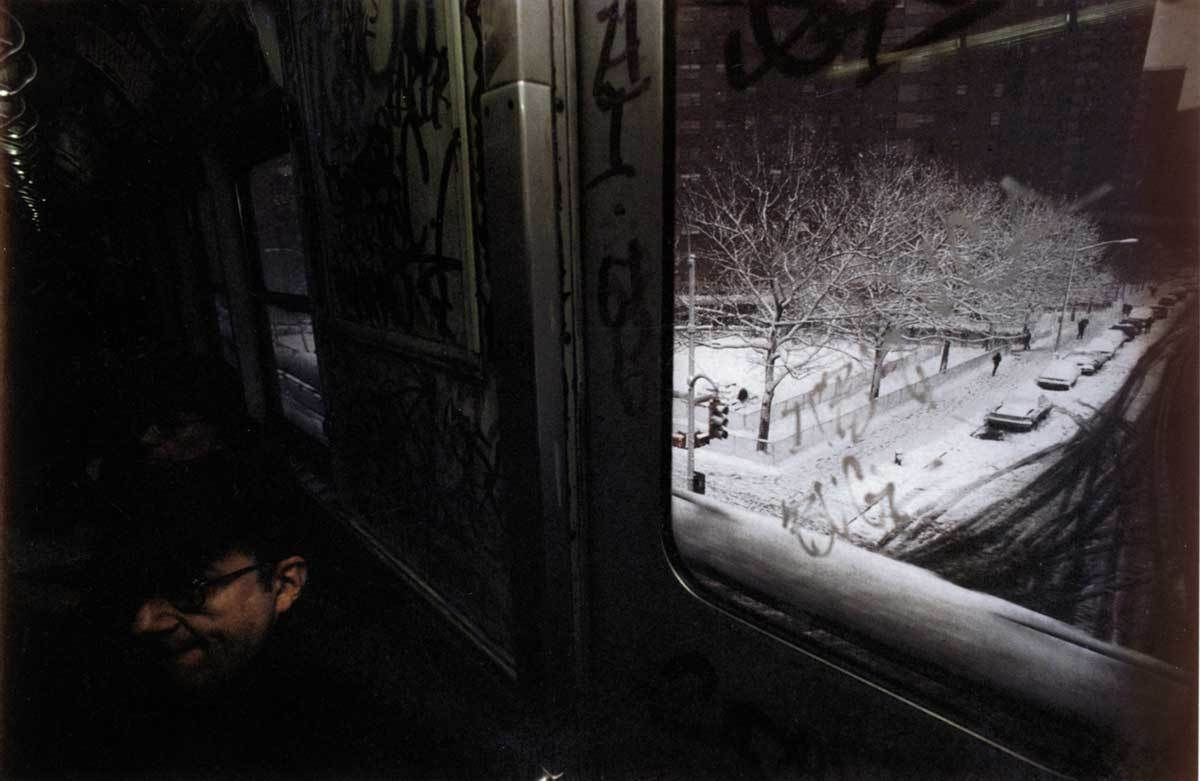 His most famous works are born from his explorations of New York; his adventures into contemporary ghettos highlight the comparisons between low-socioeconomic America and the third-world countries that the West claims superiority over. Bruce Davidson’s Subway is one of the few collections of colour photography on my shelf. Very few photographers manage to utilise colour in the manner that Davidson appears to pull off with ease.
Davidson takes a dark and ominous setting such as the Ney York subway of the 1970s and resists the urge to take the gritty high-contrast black and white route that appears to be synonymous with today’s attempts at conveying emotion. Davidson’s choice presents viewers with a world where dirt, graffiti, fashion, and blood appear with striking power to fully illustrate the complex microsociety that was the subway. All characters are rendered in a manner which communicates a truly disturbing and odious mood of the characters which served to perpetuate a stereotype of the community which exists in the hearts and minds of some to this day. 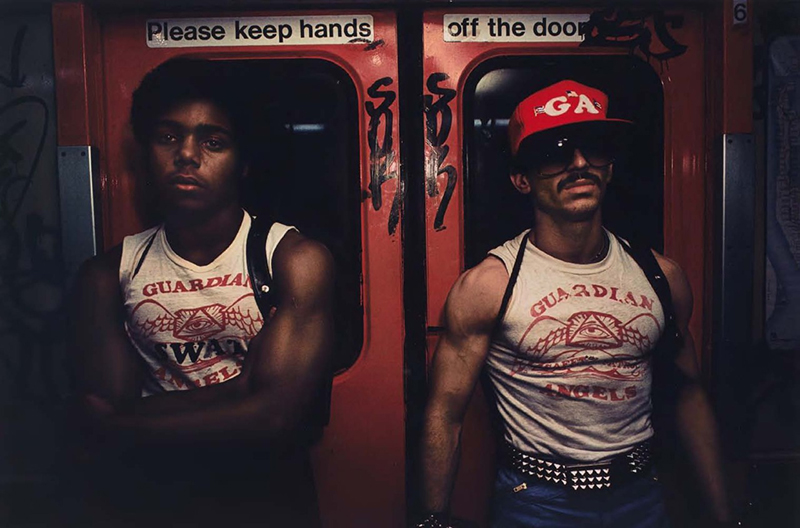 My copy of Subway is the 25th anniversary edition, published in 2011, and its republishing speaks to the value of the work; a work that I value equally in my roles as an artist and as a historian. Each and every photograph captures a very brief moment in time within the social history of the United States. Characters such as the Guardian Angels are unique to short period of New York’s history and Davidson’s images provide a unique insight into the conditions of the subterranean community. These photographs are valuable for posterity’s sake as much as it is a work of art: it is a document which attests to the conditions of the day.
Davidson believed that the Subway was what was linking the culture of New York together. He described graffiti in New York as being a secret language decoded by the subway. His initial forays into the subway were marred by fear of attack, for he was a ‘tourist’ with expensive equipment in one of the most dangerous parts of the city. Early photographs in the collection reflect this: there is a distinct sense of distance between Davidson and his subjects, who are predominantly ‘easy’ subjects to photograph. Later images show that Davidson quickly overcame his initial fears of the subway to capture truly terrifying moments of violence, depravity, and death: a feat which many newcomers to street photography struggle with. 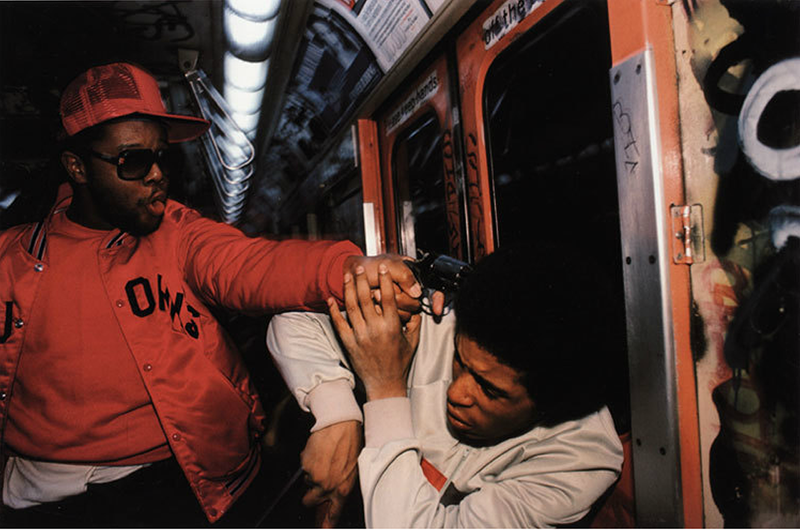 Davidson’s technique for blending in was to stand out. Instead of hiding his camera, he displayed it prominently. Davidson began to play at being a detective, he began to project into the subway the idea that he was untouchable. He began to associate photographing the subway commuters with stalking prey as a means of conquering his fears.
“It was hard for me to approach even a little old lady. There’s a barrier between people riding the subway – eyes are averted, the wall is set up. The break through this painful tension I had to act quickly on impulse, for if I hesitated, my subject might get off at the next station and be lost forever.”
Ultimately Davidson overcame his trepidations and was able to engage with the commuters of the subway. His photographs establish a relationship between the viewer and the ecosystem that is the subway system. The sense of gloom is constant, but within it Davidson communicates an increasingly prevalent sense of camaraderie between the residents of the underground: there is unity within the subterranean malaise. 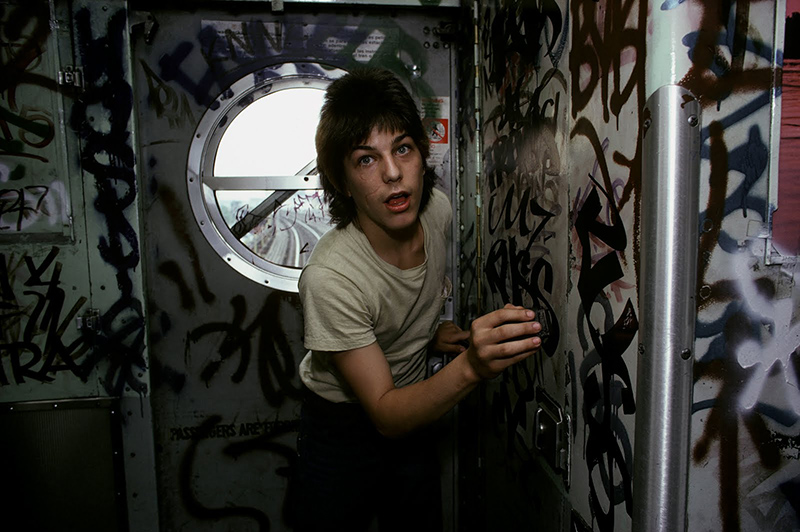 By the end of the book, no subject has been shied away from. The work is uncompromising and breathtaking. It is a piece of art and history. It is colourful, dark, and compelling.. It is an American classic, the epitome of US underground culture as represented through imagery. It is beyond reproach
__________________________

Subway was originally published in 1986 by the Aperture Foundation. My edition is their 25th Anniversary reprint, complete with introduction by Fred Braithwaite, a stunning foreword by Bruce Davidson, and a reflection by Henry Geldzahler. The jacket is gorgeous – mine is a little worse for wear – and the hardback binding is equally attractive. Each page is a full colour photograph against a contrasting white border on very high quality paper. 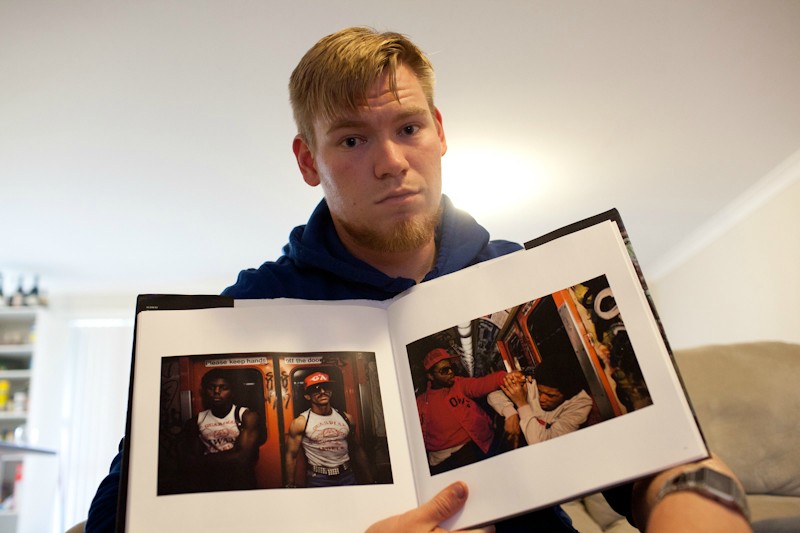 I purchased this book last year, shortly after it was republished, and it has quickly become one of the most popular books in my home: with photographers and other friends alike.
Please, if you’ve got a photography book that you think needs to be seen, let me know via Tumblr or Facebook. I am always keen to expand my collection, and to always keep writing.

Thanks for the review Cosh. I look forward to more of these in the future. Photography zines (and books) No: 8 Photography Zines (and books) No: 21