Kodak film is not dead! Time for a bit of reality
That is right, Kodak film is not dead! Yeah, I said it. You see, there has been a lot of doom and gloom in the press and on social media recently about the ongoing woes of Kodak, and how they are about to file for chapter 11 bankruptcy protection blah blah.

Yes, Kodak is in a pickle, they have watched their share price tumble to a record low, three board directors have jumped ship and the Chief communications officer bailed this week. This is obviously not a good sign, but people seem to have this idea in their head that Kodak only make film, and that Kodak film is going to completely disappear, and that is just not the case at all.

Kodak was instrumental in developing the very thing that has become their undoing, the digital camera. They still hold nearly 1000 patents on core technology that is used in the manufacture of digital sensors. Up until recently they were still making most of the medium format sensor technology on the market. But it has been their own foray into digital cameras that has nailed them. Poorly designed and non market competitive products have all but pushed them out of the digital consumer market.
Kodak are planning to sell off their patents to drum up some cash. But as we all know, the major buyers are all vultures and are going to wait until the last possible minute to buy them at a bargain price. Gone are the days of honoring a name, It is now just about the money.

A lot of people got into a bit of a kerfuffle last year about the ‘supposed’ discontinuation of film by Kodak. Which didn’t happen, it was a re-branding of certain products. The only one to disappear was Elite Chrome (no great loss really).
Kodak have made a commitment to film, as surprisingly for some, it is still one of the (slightly)profitable sides of their business. While other departments leak money like a sinking ship, Kodak has made repeated announcements to the contrary about the film division. It just seems to get drowned out by all of the noise. What I think we are going to have to see is a different Kodak. The company is going to be broken up, that is pretty much a given. There are still parts of it that are going to make someone else money, and film is one of them. The recent renaissance in film has bolstered the market. The company will still manufacture film, as it is cheap for them to do so, but it is unlikely that we are going to see any more development in new lines of film. As with any business that still turns a profit, there makes no sense in shutting it down, but the scale of production and range of production is going to change. Oh, and expect to say goodbye to slide film in the coming years. It is too expensive to produce, the developing chemicals cost a fortune and not enough people are shooting it. But negative film is in it for the long run, and the Kodak branded versions are here with us for a while yet.

So, stop scaremongering.
Kodak film is not going anywhere, it is just going to change from what we have been used to.
Cheers
Japancamerahunter

Feel free to comment below. Tell us what you think. 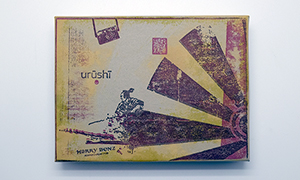