Every couple of weeks or so I get a mail or a message on IG/Twitter/FB from someone asking me to tell them the value of a ‘nazi Leica’ they have found. And every single time I have to tell them the same thing, that it is not what they think it is. So I thought I would save us all the trouble and write a little bit about it.

So you think you have a ‘nazi Leica’? Sorry to be the bearer of bad news but you don’t. In fact nobody does, as they basically don’t exist. At least not in the way you think they do.

I have heard sellers say “it was brought back from Germany by my grandpappy after the war” or “It belonged to a general and was smuggled out in someones rectum” but no matter what these are all basically a load of cobblers. 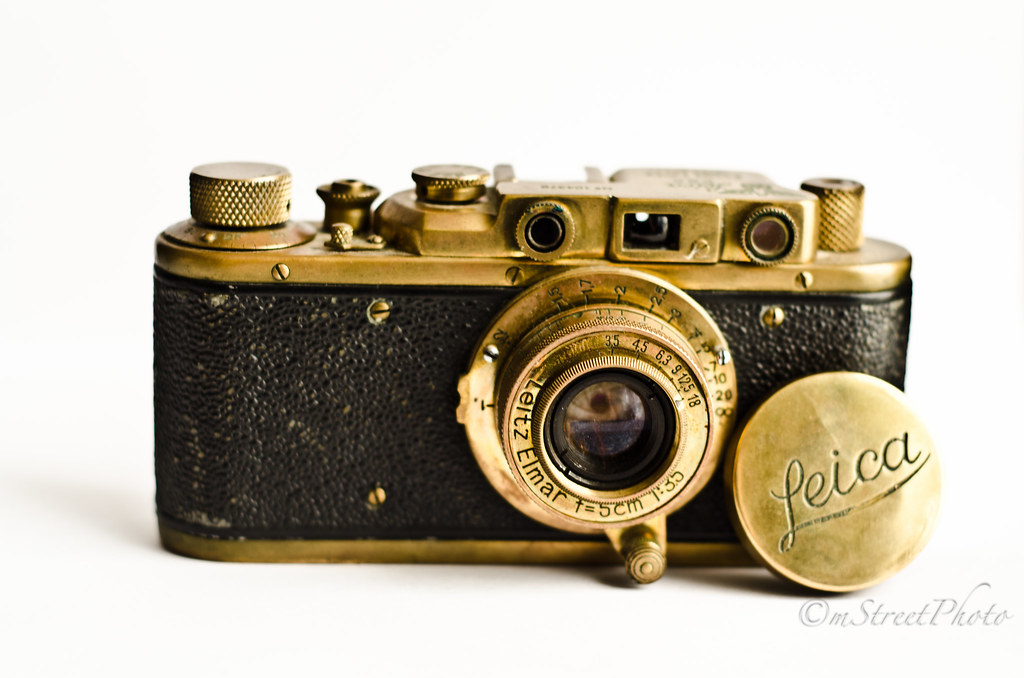 So if these are not Leica cameras, then what are they? For the most part they are Russian Zorki or Fed cameras. Pre-war the Soviets built an entire industry on Leica copies for their domestic market. And the Zorki cameras were produced in staggering amounts. You can read a lot more about them here (www.sovietcams.com) as my historical breakdown does not do the Soviet camera industry justice.

But these cameras did not start appearing on the western market until after the collapse of the Soviet Union and the fall of the Berlin wall. You see, the wily Russians knew that the West was fascinated by war memorabilia and knew they could get some rubles for the trouble of converting these cameras from Russian to German ‘Leicas’ 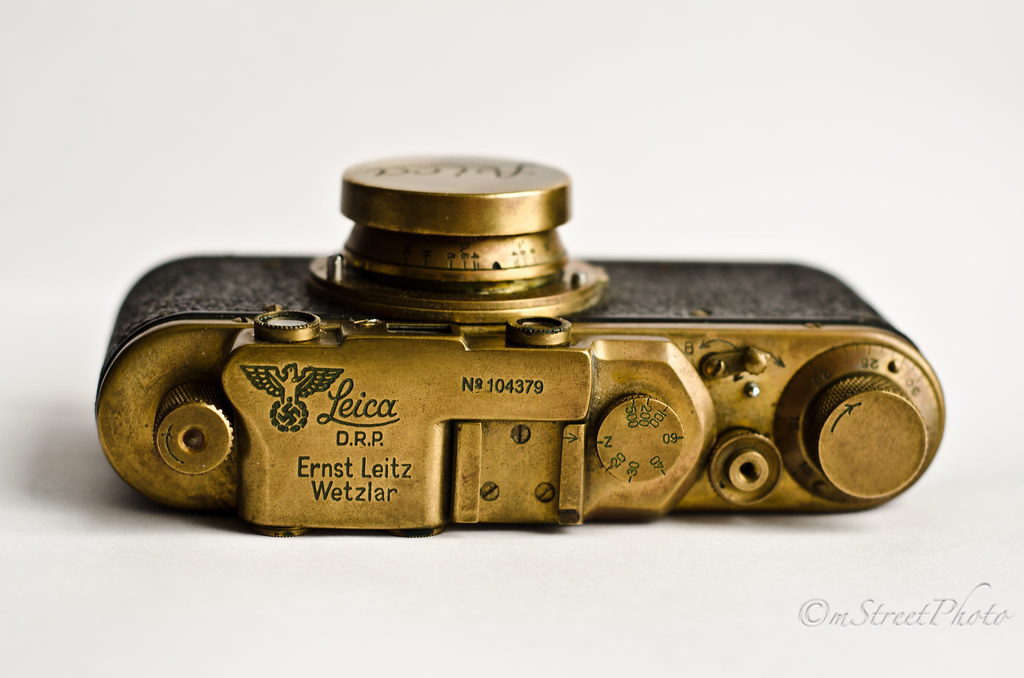 That is not to say there were not Nazi era cameras from Leica, and German military cameras from Leica. In fact there were several, including the extremely rare and highly collectible Luftwaffen/Wehrmacht/Heer/Kriegsmarine cameras. But these are valuable and there are many fakes on the market. You can read a great article about these cameras here (https://www.mikeeckman.com/2019/01/wehrmacht-leica/). But you know what was interesting about all of those cameras? None of them had insignia engraved on them.

So how can you tell if the ‘Nazi Leica’ you are looking at is fake? Simple. Does it have any kind of Nazi or military engraving on it? It does? Then yeah, you done got duped.
There was never a camera released from the factory by Leica that had any insignia engraved. None, nada, zilch.

In fact, Ernst Leitz II was famed for helping to smuggle hundreds of Jews out of Germany during the war. So you can safely say they were not about to start helping the nazi cause.

What should we do?

Amazingly despite (almost) everyone agreeing that the nazi’s were complete assholes, there is still a market for this crap. If you go on Ebay now you can find hundreds of the bloody things for sale. Some being sold as real, but many being sold as copies. In fact there is a massive amount of them currently coming out of the Ukraine, so there must be a market for them (go figure).
For real though, please don’t buy them and keep on feeding this awful market. Go and buy a real Zorki, they are much more fun and way less nazi.

Do yourself a favor, if you see one of these and have the opportunity to destroy it, go for it. The world will be a little bit of a better place.*

*I would never normally condone destroying a cameras, but I seriously hate seeing nazi emblems.