After Trevors last pieces he has decided to give us a review on the Hasselblad camera system (more specifically the 501CM). If you are not familiar with the square format this should be a nice little introduction for you.

For a change to my usual summer routine, I took my Hasselblad 501CM with me on my annual trip to Anna Maria Island, Florida in July of this year.  I had recently had my appendix out, and as a result I was unable to swim, giving me lots of time to make photographs. I decided that I wanted a challenge and brought along the ‘Blad in order to make some different kinds of shots for the book that I planned to make (you can see it here) once I returned home. Over the past year, I have become mostly interested in “street photography”, or “documentary photography”. This mostly involves approaching a scene and photographing it as it unfolds organically—but not altering, or interfering with, the scene at all. It is candid, unposed, and can yield great results if done well. It’s also not easy. As the style has become more popular, the genre has been watered down with a lot of silly snapshots that have very little, if anything, to offer artistically.  “Photography is nothing,” a founding father of both street photography and photojournalism, Henri Cartier-Bresson, once said, “it is life that interests me.” The Hasselblad is not really known for excelling in this type of photography, but is renowned as an excellent system for portraits and landscapes. Landscapes are particularly strange to me, and the results that I got while in Florida proved as much; portraits were a different story. Having shot some portraits in the past with my SLRs, I have a bit of experience with the medium, but I would not really classify myself as a portrait photographer. Armed with 50/4, 80/2.8, and 150/4 lenses (medium format focal lengths are not equal to those of the more widely-known 35mm format; as a rough rule, if you divide the medium format focal length in half, you get an approximate 35mm focal length value) I set off to make some portraits.

I did not venture into making portraits of strangers, or what are known as “street portraits”. Striking up conversations with strangers is really not a great strength of mine–which is one reason I think photography, and street photography in particular–appeals to me. Be that as it may, the Hasselblad was not the only camera system I brought along (since I had so much time to shoot this year), and I enjoyed exploring a new type of photography, and getting more familiar with the Hasselblad 501CM. It is (or was at that point) still relatively new to me, and its intricacies still amaze me. So does the output. The camera is relatively large and bulky, although not incredibly heavy. My Nikon D700, as measure of comparison, is heavier, and about as bulky. The newer lenses for the Hasselblad V-system, like my 80mm f/2.8 CFE T*, are more plastic and far lighter than the older CT* lenses like the 50mm f/4 and 150mm f/4 I also brought along (borrowed from my father). The 501CM is solidly-built and robust; when using it I do not feel as if I need to baby the camera (but then I remember what it cost, and I do baby it a little). My 501CM was made in 2001, my father’s was made in 1998; the 500CM has been made for decades, and is essentially the same camera; the 501CM introduces a few minor changes that you likely wouldn’t miss unless you were a hard-core Hasselblad shooter.

Holding the camera at such an angle where you look down into it, as opposed to the more traditional in front of your face, when you make a photograph of someone is strange at first. Actually, I’m still not really used to it. By looking down at the mirror through the focusing screen, you also learn that the image is reversed, which can take some time to get used to. Due to the position that you have to hold the camera at, and its size and weight, a tripod is highly recommended. I haven’t gotten one yet, and there are some times I wish I had one. Then again, lugging around a tripod makes the whole rig even bulkier and heavier, so there is a balance to strike. The slow focusing, film advance, and general operation also ensure that each photograph is carefully selected before the frame is exposed. As someone I’m quite fond of would say, it’s a very “deliberate” pace.

The larger negative of medium format film can yield detail that a 35mm negative would not show you. The resolving power and sharpness of the Zeiss lenses for the Hasselblad V-system have a reputation that precedes them, and for good reason. They are truly excellent from shots I have seen, both of my own and from others. For anyone looking at the Hasselblad system, would I recommend it? Well, that’s a tough call. This is only the second medium format camera that I have used (not counting the cheap, increasingly hipster-ish Holga). My first was the Mamiya C220 TLR, which is a twin lens reflex (TLR). A twin lens reflex camera is similar, yet different, in operation from the Hasselblad SLR (single lens reflex) camera. One key difference is that the TLR has two lenses, which allows the photographer to see through the lens even after the exposure and before the shutter is re-cocked. This is not the case with the Hasselblad, where the viewfinder goes black until the film is advanced and the mirror has been flipped back down. This may not be a big deal to some, but it can be to others.

Back to the question I just posed. So you know your way around a camera, and are interested in a medium format film camera? Perhaps you’ve shot film before, or even a different medium format-system, like the Mamiya TLR line, the Mamiya rangefinder system, or others. Perhaps this is your first inroad into the medium. Well, the Hasselblad does come with a few drawbacks. First, it does not have a meter built-in; you’ll have to bring your own external meter to this party. If you don’t know what a meter is, or what that matters, please stop reading now, head to your nearest Best Buy, and ask the salesperson to recommend a good camera for taking pictures of your dogs. The Hasselblad also has other cons beside the lack of a built-in meter (which isn’t that big of a deal, since you can get a free light meter app for your smartphone which will do the job). There is no autofocus. The lack of AF may get some, but chances are if you’re willing to go without a meter in your camera and are already thinking of the Hasselblad, then you’re probably focusing a camera on your own without the assistance of a computer. The manual focus isn’t particularly fast on this line of cameras–unlike, say, my trusty Leica M rangefinder. Rangefinder focusing is really apples-and-oranges, however. I’m just using that as a way to compare.

So, we have a list of pros and cons. Let’s refresh our memories:

PROS
Image quality is stunning!
System is well-developed, meaning there are lots of accessories, lenses, etc readily available
Excellent for the portrait and landscape photographers out there
Shoots film–and the larger negatives are great for prints (but digital backs are available)

CONS
Body and lenses are comparatively large and bulky, and can be heavy
Lack of built-in meter, autofocus, flash
Slow to operate
Shooting at slower speeds necessitates a tripod; actually, a tripod is probably a good idea most of the time
Maximum shutter speed of 1/500 can be limiting (and may necessitate the use of ND filters)
Bodies, lenses, and accessories cost a premium
Qualified repair-people can be hard to come by, and are expensive when you do find them
Shoots film You’ll notice that I listed the fact that it shoots film as both a positive and a negative. That’s because it is…sort of. I happen to love film, and the look it gives. I also love shooting with film cameras more that I do with digital cameras (if you have to ask, I can’t explain it). But film is getting expensive, and with medium format you only get 12 frames per roll, as opposed to the more traditional 24 or 26 exposures that you get with 35mm film. Additionally, processing and scanning add to the time–and cost–of shooting film. With a roll of medium format film costing around $5 these days, and processing anywhere from $5-12 per roll (depending on the vendor used and if you get your negatives scanned, to say nothing of having prints made), there can be a considerable cost involved. And that is after you already shelled out your hard-earned money for the equipment. To be sure, one can do much of this at home for far cheaper (particularly with black and white film) and Bellamy has had some great posts on doing so.

So…that is quite a list, with arguments for and against. The biggest barrier you’ll probably find is the cost of getting into such a system. There are no two ways around it: Hasselblad is expensive. Is it worth it to you? I can’t make that call. All I know is that I love mine, even though it is a bit of a “specialty” camera for me. I don’t take it everywhere with me, and it isn’t an all-purpose camera by any means. If you are looking for one camera, look elsewhere. If you want a camera for really anything but portraiture or landscapes, you should also look elsewhere, as the Hasselblad system isn’t suited to much else. But that isn’t to say that you can’t use it for anything else, just that there are better options for you. I have illustrated this post with portraits, but I have done other things with it as well. I used my old Mamiya TLR for years before finally investing in my Hasselblad 501CM when I stumbled on a great deal earlier this year. For me, the Hasselblad is a camera that I use for certain things. I love the results I get from the camera, but for most things it’s too large to carry around with me. When I am traveling light, or even just heading out for a day with my family, I much prefer the size and weight of my Leica MP and a lens or two.

All in all, I’m quite happy with the Haasselblad 501CM. I look forward to years of shooting with it, and I am already planning a vacation with it in the near future so that I can work on my landscape photography. If this review was helpful to you, leave a comment and let me know. It’s not scientific by any means, but it’s as thorough as I can likely be. I’m not a qualified camera-reviewer, just a guy who actually uses the equipment and enjoys it, and figured some others might benefit from some thoughts I had on it.

If you enjoy my work, check out my website and/or blog. If you liked the guest post, let Bellamy know.

You can find out more about Trevor and his work by going to the following links: 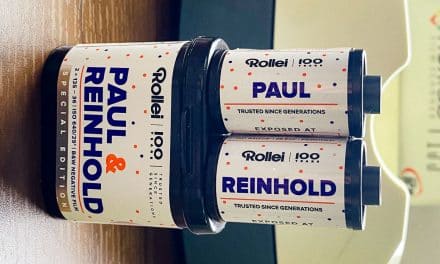