Book Review: Tokyo, the 50’s by Ikko Narahara
Jesse Freeman is back again with another wonderful book review for us. The last one was brilliantly received and I hope you all enjoy this one as much too.

Tokyo, the 50s is a late photo book by Ikko Narahara. Narahara’s photography career began with the success of his first exhibition titled Domains in 1958. Internationally speaking his career would take off in the late 60s with his first published book, Where Time has Stopped.  From there the majority of his work would be published in the 1970s. So why is it here that Tokyo, the 50s, essentially a book composed of photos shot from a period of 54’-56’, was just released in 1995. With most cases, you can say for money, yet released through an independent publisher such as Mole after an exhibition at the gallery of the same name discourages this assumption. To say he simply forgot as he haphazardly suggests in the book’s introduction leans more toward the truth, but instead if you look at the book the photos are just purely good. And what I mean to say is that an artist’s best work is done for oneself. Critically, Tokyo, the 50s should be viewed as blueprint for compositional themes and elements he would explore throughout his career. The natural innocence of the photos struck me when I first flipped through the pages. This idea was then cemented once I read the afterword, with the artist stating this was all shot on his first ever camera in 1954 where he would just simply wonder and shoot with no pretentions.  Not even eight years later he would be photographing in Paris and the US learning further under Diana Airbus just before her suicide. But beyond the obvious geometric aspect of his photos the underlying social contexts are similarly striking.
Tokyo at the time was still coming out of WWII with the occupation formerly ending only two years prior and the Korean War a year prior which gave Japan its first economic bump and you can see this through the photos of Tokyo itself. The relative poverty can still be seen, yet there are the new structures and symbols of economic growth,  through the beautiful store front windows, modern railways and trains he shoots, and the Shibuya Dome that appears twice (though obviously for its geometric value). Going back to the afterword, Narahara writes, “Whenever I released the shutter, I seemed to hear the beat of modern jazz, which I loved so much.”  The jazz of the mid-1950s falls between bee-bop and hard bop, well before the explosion of further subgenres of the 1960s and 1970s with modal, free, avant garde, and finally fusion jazz (which sucks). Bee-bop was really the beginning of modern jazz that among other things was characterized by asymmetrical phrasing and a new harmonic conception that extended chord structures which gave most notably the room to improvise melodies. Slowly with each new movement  more and more structuring was lost i.e. chords, modes, etc…The point I’m getting to is that with Narahara’s brand of photography of the time you see bee-bop, that is a level of freedom within a set compositional structure of lines, form, and asymmetry. However, this level of compositional awareness seemed to disappear not only with the work of Narahara himself but also the newer generations of Japanese street photographers of the 1960s and 1970s in general. When viewed now (although extremely well done if not perfectly) the themes and devices used in these photos may seem clichéd. Some viewers might perhaps look and see this in his use of umbrellas, store window mannequins, crosswalks, and use of top to bottom vantage points. It’s important to keep in mind that this was all shot in the 1950s. In postwar Japan I don’t think too many kids were given a camera that in turn immediately then went out and shot with pretentions of Henri Cartier-Bresson or Andre Kertesz at the time.
I have mentioned the naturalness of his photos and I think this is true. Some photographers have a natural aptitude for composition and Tokyo the 50s proves it. Yet I can see how people would still want more and for this the medium itself needs to be understood. I myself have only been shooting photography for a little over 3 years and often hear from others, who have shot for roughly the same amount of time, a discontent with the shots they see and how nothing new has really come about resulting in their lack of interest. This suggests a complete lack of understanding of the nature and history of the medium. The simple point is that new pictures come from old ones and should be viewed as an evolution. By nature (literally) it is a slow process in which the possibilities for deductive leaps just aren’t there.
I will say the interesting outliers of such an occurrence to happen are due to the information age we live in, which answers two points I am attempting.
A: this makes Narahara’s work here more impressive because he simply could not had of imitated too much of those before him as through his lifetime he most of felt tight restrictions from not only the militaristic Japan before the war that would of discouraged the possibility of viewing these works, but also the lack of resources thereafter to really gain any kind of influence. And the second point
B: digital has changed the medium so people might believe that this would speed up the process of evolution however this process can only be applied to the technical, not artistic. Digital has not made the photographer anymore creative and if anything has only made it more distracting. So instead what will see in the medium is the rapid evolution of more technically advanced photos, which doesn’t necessarily correlate to any artistic evolution. I will conclude that this is just really a great book if you can find it! Google searches on his work turn up very little as does Amazon. I have only had the luck of being able to glance through another book of his in which he shot in the American west. The photos were truly amazing even more so than the asking price of 55,000 yen they were selling it for. An artist’s best work is work done for one ’s self, Tokyo, the 50s is just that. 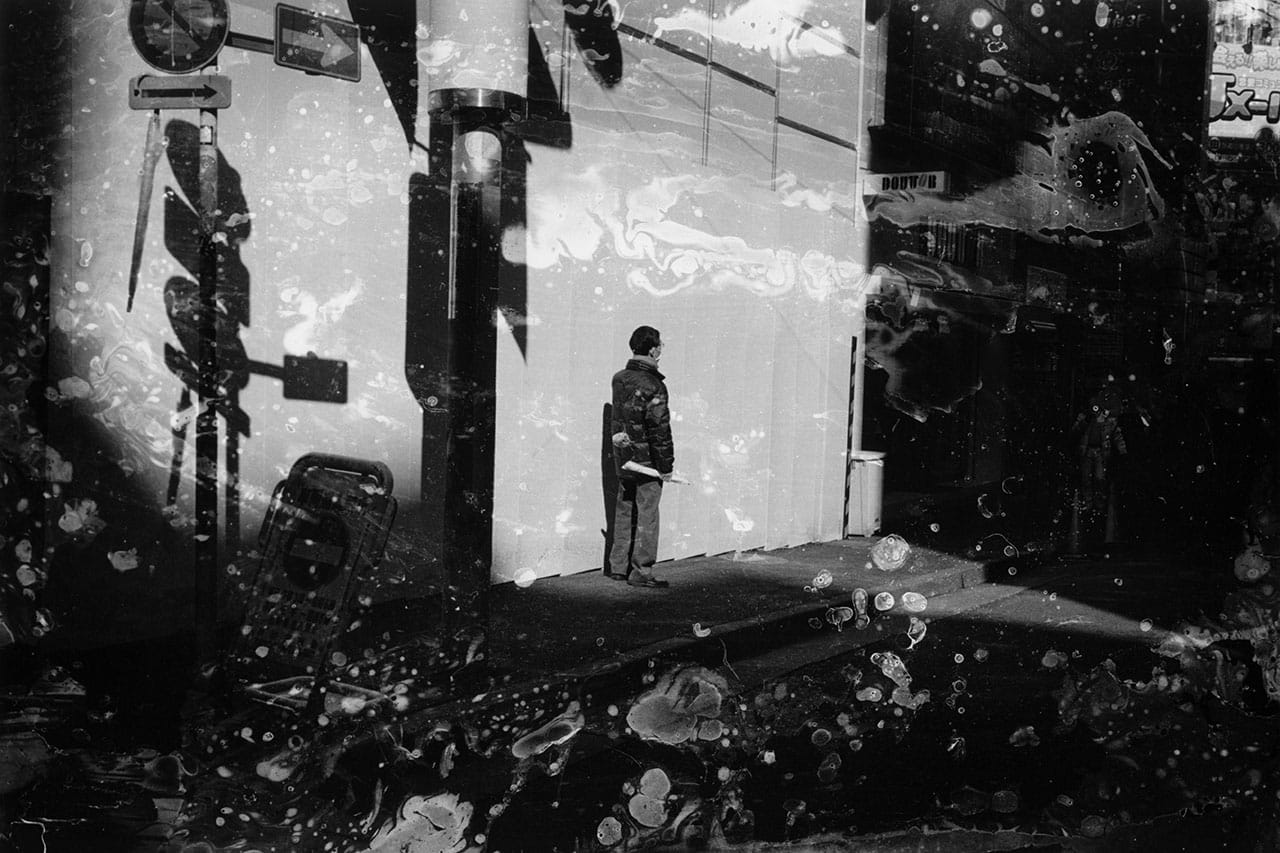