Jürgen Bürgin was born in Lörrach in Germany in 1971. He was studying German literature, linguistics and economy in Freiburg and received a degree at the Albert-Ludwigs Universität in Freiburg in 1998. He began to work for movie business in Berlin in 1999 as public relations manager for a film PR agency and has since participated in the PR for numerous movie releases in Germany. As a creative counterpart to his daily job he is working as an urban photographer too, and has been shooting in Berlin, Barcelona, Paris, London, San Francisco, Chicago and New York. In 2011 he was shortlisted for a Sony World Photography Awards in the category After Dark 1. What drives you to take the images that you do?
Photography is all about creating moods, evoking emotions and telling stories. That’s what I’m doing. I think the mistake many photographers are doing is thinking, that beauty is also a relevant category in photography. But forget about that. Neither photographing beautiful things alone, nor creating beautiful photographs are categories, that are bringing the beholder to be involved in photos. I think you have to have an idea of how human perception works. The problem that the photographer usually is facing is, that photos usually do not represent a noteworthy period of time, but only an instant of time – let’s neglect the short exposure time. So you have to force him to continue a story that you’ve started to tell in a photograph – in his fantasy, in his mind. That means you have to include a secret, something untold, a gap, something that remains in the darkness, in the blurring, something that is outside the frame, something that lies in past or in future. Or in other words: In my idea of photography photos have to ask questions – more than giving answers. 2. Do you have a method or system for when you are building a project?
Well in that kind of street or urban photography or however you call it, you have to rely on luck or on fortune. Although to be exact this is only half of the truth. It’s a huge effort to learn to recognize those accidental things – and to convert them into a remarkable photo. So it’s not done by walking through cities and pressing the shutter from time to time. The creative process usually begins much earlier. My ideas for projects often start with single shots that I made and that started do grow and to emerge into complete series. For example the idea to my series “Urban Ballads” started with a single photo, it’s called “Taking the bus home”, which is a night shot of an older woman standing at a bus stop, waiting for the bus to bring her home, and the bus was coming, and she wasn’t quite sure if it’s the right bus, so she hesitated and talked to the bus driver if it’s the right bus line. And the whole situation was telling me something about solitude, about uncertitude, maybe sadness, maybe hope. Much later when I rediscovered the photo on my hard drive I decided to pay attention to all those situations of solitude, doubt, melancholy, gravity, thoughtfulness and make a series of those street photos that I called “Urban Ballads”. 3. Are there any photographers that inspire you or influence your work?
I feel deeply influenced by some of those American photographers who dared to experiment very “early” with colour photography, for example William Eggleston, Ernst Haas, but also Danny Lyon or Louis Faurer. At the moment I’m deeply impressed by Saul Leiter, a New York photographer who is still living in Manhattan, he’s 88 years old and it took a very long time that he received the recognition that he deserved. He had a great exhibition at the Jewish Museum in Amsterdam last year and this year the Deichtorhallen in Hamburg presented a big, impressive retrospective of his work. And what I’m admiring in his work is his creative and always surprising approach to the composition of his photographs and how he is including colour into a photo as a narrative part of it. 4. Where would you like to see your photography develop in the future?
Well I’m thinking about some more let’s say photojournalistic way of work, I’m thinking about accompanying people with some unusual, strange jobs or with weird hobbies or obsessions and produce some photography series about that. But I’m just starting to think about that. And I did not yet start to find people who are interested in being photographed by me for some days.

5. Do you have any upcoming projects that you would like to share with the readers of JCH?
I’m going to visit Japan soon, I’ve never been there before and I do not try to be too much biased in advanced what will happen there. I’m hoping to find some more opportunities to add photos to my “Urban Ballads” series, but mostly I try to be surprised by Japan.

Thanks you for sharing your thoughts with us Jürgen, I have been a fan of your work for a while so it is great to see you on the site. You will be a welcome visitor to Japan. Check out Jürgen’s links and make sure you follow him. Oh, and don’t forget to comment, get your camera Karma on.

All images are used with the kind permission of Jürgen Bürgin. Please do not use or reproduce without permission. 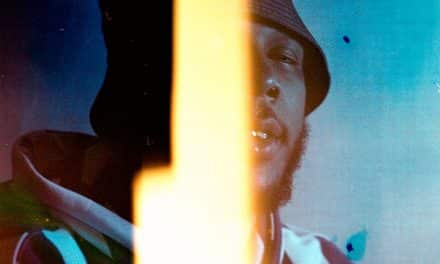