Japan Camera Hunter news
So, there have been some been some changes to JapanCameraHunter as we had some issues, but now JCH is back! And stronger than ever

So, last month we had a little bit of a hiccup with the site, and I found out that the site was basically a botched kitchen fitting and was about to fall apart! Well, that is not really good enough, so I had to have it rebuilt. And it was done so by the extremely talented and knowledgable Hawken King of Dadako Studios. He has done a great job to make the site more stable and secure. But not only that it is faster too…exactly what I wanted all along.

This has been a big year for JCH, and I want to make the year even bigger. And to do that I needed to have a site that could take the pressure. I am looking forward to having lots of new bagshots, interviews, reviews and products.
This is the year that I shall put everything into getting people to shoot film and learn something new in photography. JCH will also have workshops and events later in the year. Roll on 2012!

Many thanks for all of your support and continued patience.
Bellamy 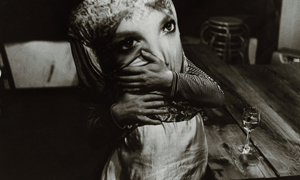