Have you ever taken a look at your film after developing and discovered some unsolicited lightning bolts on your negatives? Imagine my shock *badum tish* when I found these creepy, veiny flashes strewn throughout the film strip. Definitely a WTF moment so I reached out to the film manufacturer to see if I can get down to what is the dealio here. Ride the Lightning is probably my favorite Metallica album but I don’t necessarily want to on my emulsions. I recently splurged on a roll of Cinestill 800T (>$20 usd in Japan) to try with the new JCH10 x MS Apoqualia 35mm on my Leica M6 so I was pretty bummed out but curious about what had transpired. So I reached out to Cinestill and Arvin from the support team promptly got back to me with the following response:

From what we see, your roll experienced some static discharge. This would explain why you’re seeing lighting bolts on your photos.

In general, static is created by friction. It can build up on parts of the film, equipment, or while winding. Sometimes even when loading the film for processing. If it builds up enough it will ark to the closest neutral or oppositely charged material. It is most likely to occur in a cool and dry environment where humidity is below 40%. Static sparks on film are highly improbable if the humidity is over 60%. Though uncommon, this problem can show up more easily on highly sensitive films such as CineStill 800T or other high-speed/pushed emulsions.

If it is cold and dry where you are shooting, slow down your winding. Static will not form as quickly if you handle your film carefully and slowly. Late Autumn in Tokyo is relatively cold and dry. On the day I shot these frames it was hovering around 10 C (high 40’s F) with a humidity in the 40’s. So the explanation given does fall in line with the results. The lightning bolts also only appeared on shots outdoors; indoor shots were all sans lightning. In addition, I would advance the film more rapidly shooting a model with consecutive frames so that checks out on the logic front too. So there you have it. If you’re using Cinestill or other high speed film in the cold and dry, pump those brakes and slow down the film advance a bit to avoid unsolicited lightning bolts on your negatives. Which begs the question; for automatic winding cameras, did engineers have to take static discharge into account when designing the advance mechanism? What about speed demons like the Nikon F6 or Canon EOS-1v, do users come across similar results with fast film in the cold and dry? Let us know your experiences on this or other films. Inquiring minds want to know. 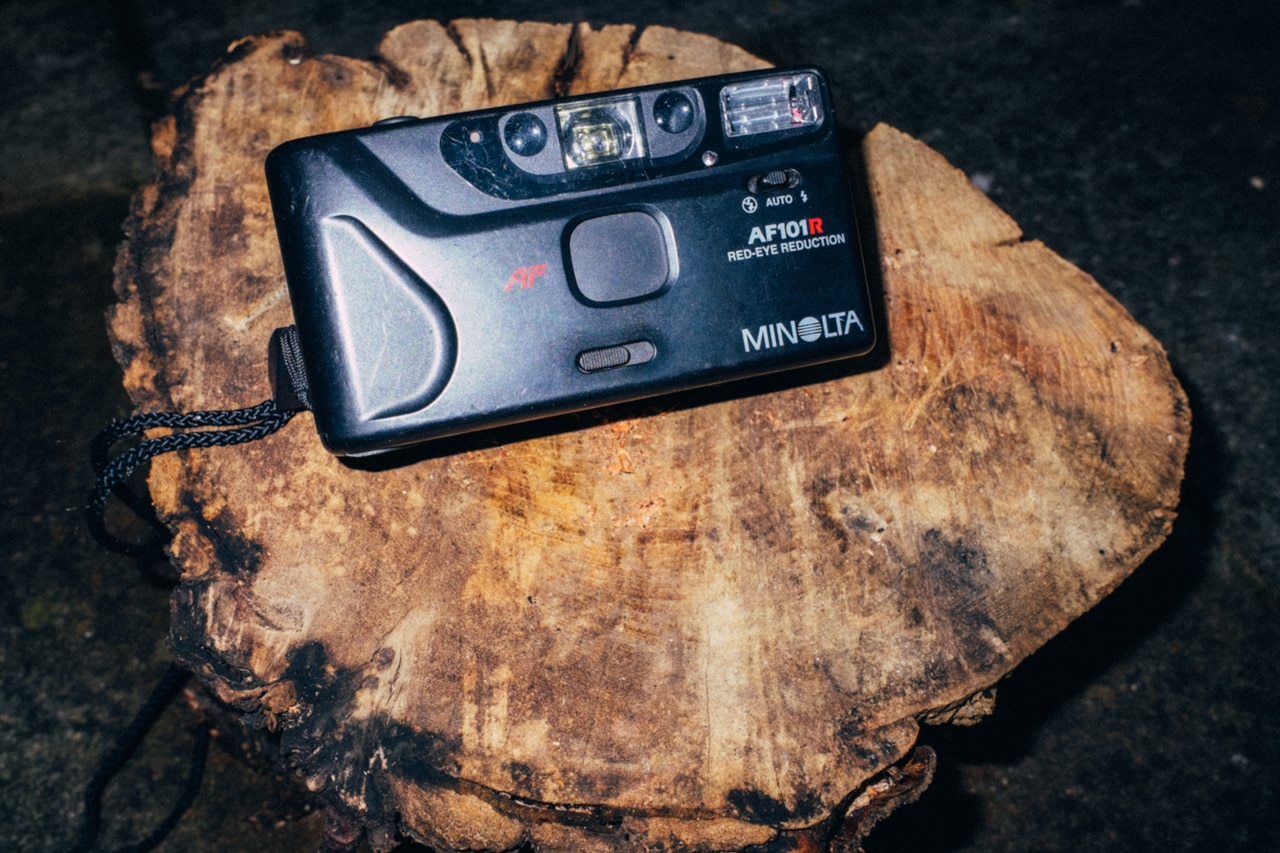