There’s been a lot of chatter recently on the light and dark web about the so-called “China-cron”, aka the brand new sub-$300 7Artisans 35mm f/2 lens for Leica M mount. This is 7Artisans’ newest offering and their second in a line of lenses targeted towards the frugal Leica crowd. Will the 7Artisans 35mm f/2 lens be accepted among the discriminating Leica legion? Reviews out there have been reasonably favorable thus far on digital but how does it perform on film?

Let’s take a closer look at this little wonder. This is a fully rangefinder coupled 35mm f/2 lens based off of the Sonnar optical formula, complete with an M-mount, hyperfocal distance scale, and focusing tab.

Here it is juxtaposed to a Leica Summicron 35 ASPH. They’re similar in size but the 7Artisans 35mm is 40g lighter, equating to an almost 20% reduction in weight.

Build quality is surprisingly decent. It’s been noted that you can’t reasonably expect fit and finish to rival zee Germans at 1/10th the price but it doesn’t feel any inferior to say a Cosina-made Voigtlander lens. Aperture rings click precisely (though full stops only) and the focusing tab is tight and smooth.

In the looks department, it doesn’t look out of place on an Leica M in my eyes. I do wish it came with a hood though. And a 43mm thread has forced me to buy another step up ring for ND filters and what not.

The 7Artisan 35mm is aimed to be an affordable bang-for-your-buck option so to pin it optically against the $3,295 Summicron-M 35mm f/2 ASPH is rather unfair. Or is it? Well let’s take the Pepsi Challenge; which of these shots is from the 7Artisans and which is from Leica? All shots were taken on the above Leica M6 and with JCH Streetpan 400, developed in Fuji Minidol.

Some people can’t differentiate the tastes of Pepsi and Coke but to me this is more Pepsi vs. RC Cola. Tastes good, hits the spot alright but when compared side by side it lacks the “umph”. Lens A is the Summicron-M ASPH and Lens B is the 7Artisans 35mm. Let’s take a closer look at some side-by-sides through all apertures.

The 7Artisans is surprisingly sharp indeed but renders slightly thicker lines than with the Summicron, giving it a less luxurious look. Bokeh is decent, contrast is good and it looks close to the Summicron from f5.6 onwards. It is also noted that the 7Artisans appears to be a smidgeon longer in focal length and is actually probably closer to a 38mm lens.

The one thing that the Summicron handily spanks the 7Artisans is with distortion, something already confirmed in prior reviews. Yes it’s a just $300 lens made in China, yada yada yada.

Another issue brought up in other reviews that is confirmed here is with flaring. Rather silly that something so prone to flares not come with a lens hood. Some care is required to prevent unsightly glare.

The 7Artisans 35mm is a very decent lens and at that price point, there’s no real reasonable complaint another than needing to fork out extra for a lens hood. Is it the coveted “pretty much a Leica lens at a fraction of the price” that we all hope actually exists? To that I reply, “close but no cigar”.
That being said, you only really notice when comparing head to head with legendary glass worth 10x the price. Contrast and sharpness are quite nice; just the line renditions are a smidgeon thick to my eyes. But for the frugal minded M-mount user looking for an entry 35mm lens, it’s a solid performer and worth consideration. 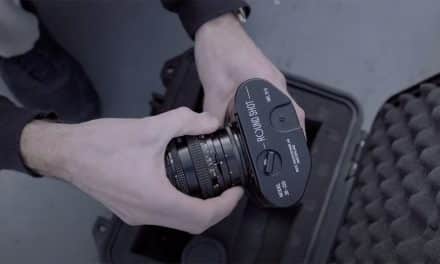