So, you have gone out and bought a Leica camera/M-mount type camera. Now you have to put some glass on it. And this is where things can get tricky. What a lot of people forget when asking me about buying a camera is that the lenses are often more expensive than the camera itself….but they don’t have to be. Read on…
Congratulations! You have bought a camera system that is not only legendary, but unparalleled in terms is quality. The thing is now what do you put on the front of it? I often have people asking me for advice on this, so I thought I would give you all some ideas about what you can use on your M-mount. I am not going to tell you what focal length or F-stop you should be using. Everyone is different and different people want different things. What I am going to tell you is what sort of options you have available to you in terms of glass for your camera. Still considered to be the best possible choice for your camera it is also going to be the most expensive. Especially the more modern FLE and ASPH lenses. Due to the popularity of the M9, lenses have become harder to find used. The 35mm and 28mm ranges are especially hard to find now, as the M9 users seem to be snapping all of them up. Added to this there has been production delays which have held things up. Leica will also be announcing a price increase soon, so you are going to see a lot more lenses get sold quickly on the used market.
The one good thing about the Leica lenses is that they are never really going to lose money if you look after them. In fact, they might even gain a bit of value in light of the current trend. Some lenses are even guaranteed to make you money. The titanium versions, black paint summicron rigid lenses, chrome summicron 35mm lenses etc, these are all going to gain value if you look after them well.
But, what is best? Old or new? Well that is a matter of debate fiercely contested by the Leica crowds. Come love the Sharpness of the new lenses, others love the ‘feel’ and character of the old lenses.
If money is no object, the go for FLE (floating element) lenses and ASPH (Aspherical) lenses. They are sharp and have incredible contrast.
But, if, like me, you don’t have all the money on earth, then you do actually have some other options. Leitz Canada lenses are still Leica lenses, still made to the same specifications, but some people seem to think they are inferior. They are not and well worth the money. Especially the Summicron 35mm and the Elmarit 28mm lenses. Lovely and not terribly expensive.
Leica thread mount (LTM) lenses are also an option for you if you don’t want to sell a kidney. There are masses of LTM lenses on the market. Not just from Leica, but many other makers too, including Minolta, Nikon, Zeiss, Dallmeyer, Zunow and many many others. In fact, you could spend your lifetime just collecting these. I have met one guy who feels that it is his mission to collect all of the 50mm lenses made for a Leica. The last time I spoke to him he had around 30 lenses! You can get a relatively inexpensive 50mm summarit for around $500 nowadays, and that is a perfectly usable and interesting lens. Collapsible Elmars, summarons etc. There are a lot of different configurations that don’t have to break the bank.
There is a definitive guide on this subject which can be found by clicking here. Have a good look at it and think about what works for you. remember, you don’t have to sell your children to own Leica glass. Now this is where things get interesting, as there are a lot of people who fiercely defend the other makers and stand by them. I am not here to tell you if they are good or bad, that is for you to decide. I am here to tell you that you have other choices. Some of the main choices that you have are Zeiss, Voigtlander and Konica Hexar.
Zeiss and Voigtlander are now made by Cosina in Japan. But make no mistake, there has been no trade off on quality, these are excellent lenses for excellent prices. Obviously the build quality is not as high as a Leica lens, but it is still very good and the only people who are really going to notice the difference in sharpness are the people who are hardcore about lens testing. If you are after shooting and you are on a budget you could not go wrong with these brands. The lenses can be picked up used for great prices now too. A whole bunch of different stuff

Hexar lenses are a bit different. They are often called the ‘poor mans Leica’. This is not really fair as they were never going to be as good and did not make claims as such. They have character and are interesting lenses. Some of them are also very very valuable. If you are lucky enough to own a 60mm f/1.2 then you should keep hold of it, as it is extremely sought after by collectors now. The 50mm f2 hexanon is an excellent lens (despite what sourpuss Ken Rockwell says) and can be found for good prices used.
Another option you have to to find some of the more specialist lenses, such as that tiny little fella up there. That is an MS Optical Perar 35mm 3.5 lens. It is the smallest lens available for the M-mount. Made by MS optical in Japan, it is a brilliant little lens that will not cost you the earth. Unfortunately these are only produced in small batches and have now sold out, so you have to be quick about getting them. But there will be more produced, contact me and I will be able to give you more details about them. Lens conversions are also an option for you if you have a favourite lens and a bit of cash handy. Several places will do lens conversions, but MS Optical will do the lenses that you wouldn’t dream of. Want that 28mm lens from your Nikon point and shoot camera in an M-mount? Well, it can be done.
Lens conversions are for the seriously dedicated, for people who really want something that is very special to them. Some lenses never made it to M-mount, which is a crying shame. So it makes sense that there is a place that can remedy this for you. These things do not come cheap, but they are second to none and worth every penny. contact me if you want to get your hands on one. So, there you have it. A guide on how to glass up your Leica (or other) camera. You have loads and loads of options, so read up and find out exactly what you want. There are literally millions of lenses out there and the right one for you is waiting somewhere. 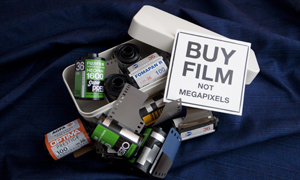