Is this the end for Rolleiflex? Is this the end for Rolleiflex?
Could this be the end of the road for Rolleiflex cameras? Well, quite possibly judging by the insolvency auction the company that makes them is now preparing for. Read on.

The iconic brand Rolleiflex has not had an easy time of it over the last few years. Ever since digital came along things have not really worked out all that well for them. After being bought out by Samsung in the mid nineties things went downhill pretty quickly. Management takeovers, investor groups and then finally the company was split in two, one selling speciality stuff including film, the other became Franke & Heidecke GmbH, Feinmechanik und Optik, and set about making cameras again. Although they didn’t. Within 3 years they went bust. And the camera manufacture was handed over to DHW Fototechnik and for a while things looked to be OK. Ex-employees running things and new products at Photokina, including a fancy new electronic shutter (*edit, in my haste this should be electronic meter, my bad). Perhaps the phoenix was to rise from the ashes? Well, it looks like that is going to be another no. Judging by this insolvency auction that will be taking place in April. Yes, that is right, they are selling everything that they would need to manufacture these cameras in a massive auction. Just like Fuji did a while back with an entire film making factory. There are tons of images on the site and it really looks like they are selling the lot. Including drawers full of soldering irons. So It looks like this could be the end of the (very long) road for the Rolleiflex cameras. Which is a shame, but not really all that surprising. The cameras are outdated, even with the new electronic shutter (which had reliability issues), and they have not been able to keep up in an age of immediacy. I wonder if anyone will buy all of this lot and make the cameras again? It seems more like a poisoned chalice to me rather than an opportunity. Everyone who has bought this brand seems to have gone bust. But if you are quite bonkers enough to do it, then you can buy just about everything you could possibly need to set up a camera manufacturing business.

Still, it seems to me like this could be the final days for those great cameras. Fortunately the original ones were so well built that there are still thousands of them out there, shooting away and burning film. So even if what we know now as the Rolleiflex camera is gone, it most certainly will not be forgotten.

You can see the auction here http://www.proventura.de/insolvenzversteigerung-des-kameraherstellers-dhw-fototechnik-gmbh-ehem.-franke–heidecke-gmbh-salzdahlumer-str.-196-38126-braunschweig/auction/2669/ though it is in German, so you might need the old google translate. 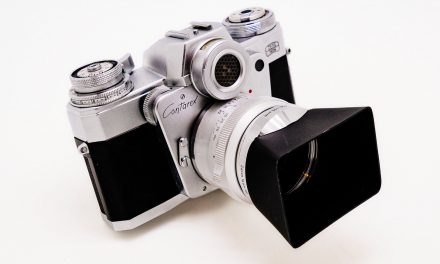