Phil is back with part two of this fantastic guide into the world of polaroid. Come and learn a bit more about peel apart film.

If you haven’t yet, make sure to read Part 1 (Integral) of this two-part beginner’s guide to Polaroid.

Peel-apart, or pack, film is actually a chronological step back from integral in the Polaroid film lineage. Using peel-apart film is a bit fussier than using integral — after pulling your picture from the camera and waiting for it to develop, you peel the paper off the print — but the format is absolutely worth it for the results you get. Sometimes integral film can be pegged as lo-fi, but with peel-apart film, you can get high-quality prints instantly. There’s still something magical about a print that’s produced through real-world light and chemical processes.

Type 100 film is the most popular peel-apart film still available: This is a film that measures 4.25 × 3.25 inches with a white border. As with integral film, Polaroid no longer makes peel-apart film, but Fujifilm manufactures their own more modern line. While I miss the color tones of some of Polaroid’s original films, like the 669 or the 690, the new Fuji films are much more forgiving with development time, and they’ll produce crisp results. You can even wait hours before peeling them without losing quality or colors shifting, which is especially nice if you’re on location and want to wait to peel all your film back at your dust-free studio.

The two films I recommend using are Fujifilm FP-100C for color and Fujifilm FP-3000B for black and white. The 3000B, with its 3000 ISO rating, is a great all-around film, even indoors in dim lighting without a flash. 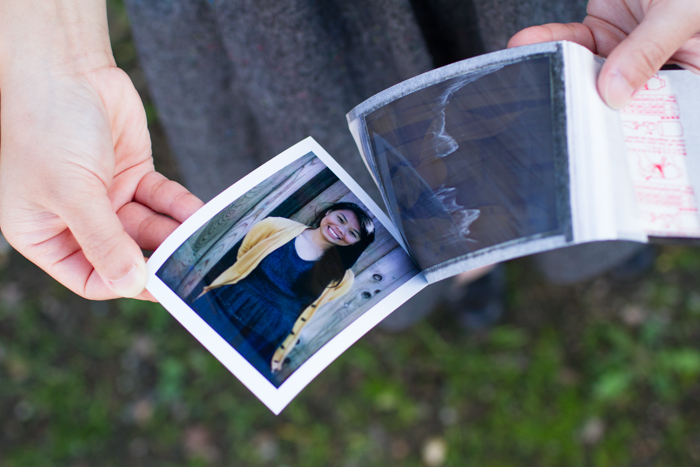 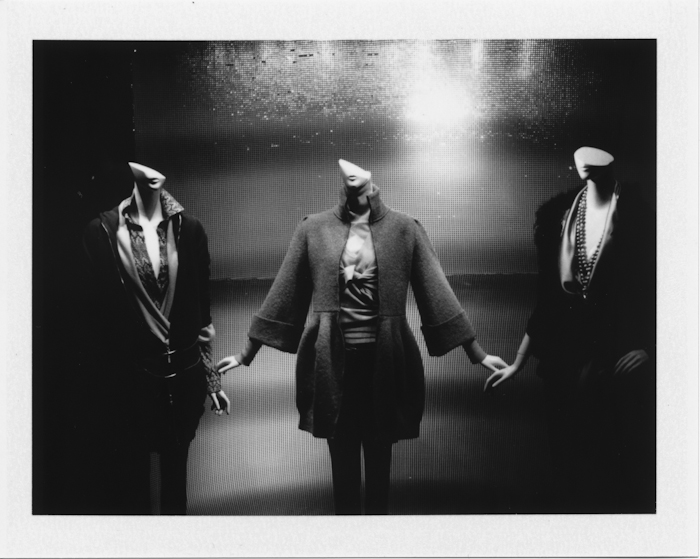 Any of the original Polaroid foldable Land Cameras are perfect entry-level cameras for peel-apart film; check out Martin Kuhn’s The Land List for a detailed list of cameras. Polaroid’s original Land Cameras — named after their inventor and Polaroid’s founder, Edwin Land — are compact, with a front case for protection, and they feature automatic exposures. In every sense, the Land Camera is a point-and-shoot camera.

As a photographer, Land Cameras totally excite me. Car aficionados must feel the same toward classic cars. Land Cameras look sexily vintage, and they have enough modern functions to stay usable today. Whenever I see one at a flea market, I gravitate towards it right away. Pull out one of these classics and you’ll almost certainly attract attention and questions from onlookers.

These old cameras are plentiful and affordable. I’ve gotten a few at the magical price of $1. Any Land Camera model is a great starter model, but if you want to be more discerning, look for a metal-bodied version 100, 250, 350, and 450. They’re better-built, with a glass lens and a convenient tripod socket.

Polaroid even made ultra-professional (and much more expensive) versions of their Land Cameras with full manual exposures. These are the crème de la crème of Land Cameras: the 180, 185, 190 and 195.

On the opposite spectrum, Polaroid also introduced non-foldable plastic pack film cameras. Some of the models are more convenient because they take AAA batteries, but there are ways around the original Land Cameras’ battery limitations that make their portability and higher quality worth it. 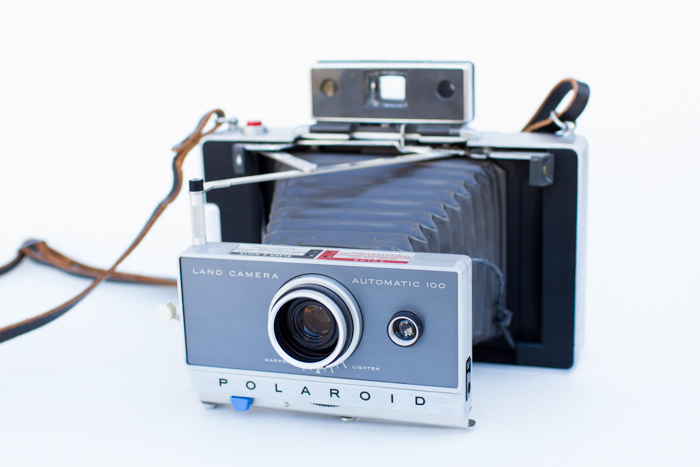 Most Land Cameras have electronic shutters and metering, which means you need a battery. Most come with two battery voltages, either 3V or 4.5V. The Land Camera’s battery compartment indicates which voltage it takes.

If you don’t want to fiddle with your camera and want to start immediately, keep an eye out for 3V cameras. All you need to do is pick up a readily available CR123A 3V battery and a bunch of fresh asparagus or broccoli — those purple rubber bands are perfectly sized to keep the battery connectors tightly holding your CR123A battery (see below).

The 4.5V batteries can be purchased online as a PX19 battery. Or if you’re like me and want to be able to swap batteries more easily, follow these instructions from Instant Options to convert your camera to take AAA batteries.

To make sure your battery is working, use your finger to block the exposure meter window completely, cock the shutter, and then hold down the shutter without releasing it. One click when you hold down and another click a couple of seconds later means you’re good to go. If you hear two quick clicks, make sure your connection is snug. 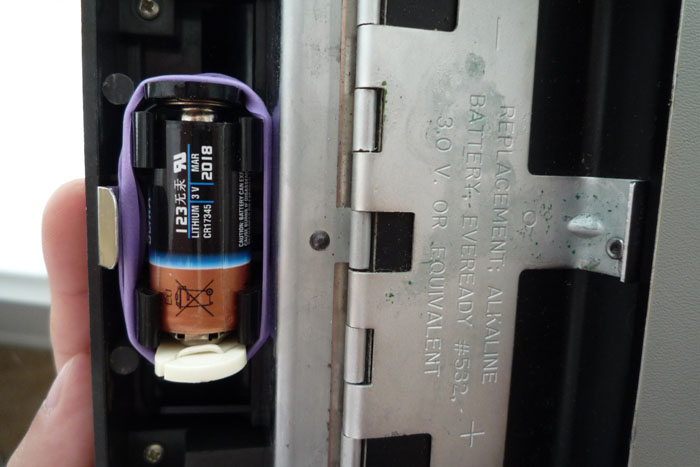 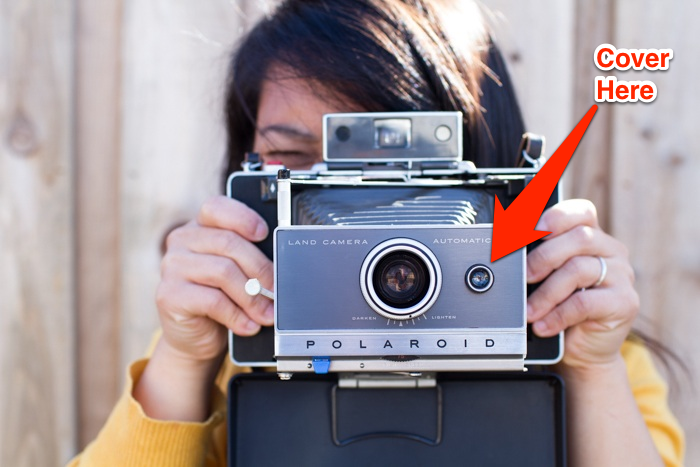 Where to cover to test your battery

Lots of other cameras, even non-Polaroid ones, use peel-apart film. In the past, photographers used peel-apart film to test exposures for medium-format cameras (old-school chimping). One of my favorite cameras for using peel-apart film — and not for test shots — is the Mamiya RB67.

You get medium-format’s depth of field with the satisfaction of instant film, and the results are beautiful. After seeing amazing peel-apart photographs online, I purchased a Mamiya RB67 with a Polaroid Land Camera Back Model 1 just to shoot peel-apart film. The RB67 shoots polaroids in a square format, so be aware that some Polaroid backs offset the image to one side. My preference is the back that requires a P adapter; this centers the square image on the rectangular film. The RB67 is a beast of a camera to tote around, but it’s worth it after seeing how much detail it captures, up close or far away. It really makes the film shine.

A word of caution, though: Don’t drop this camera on your foot! 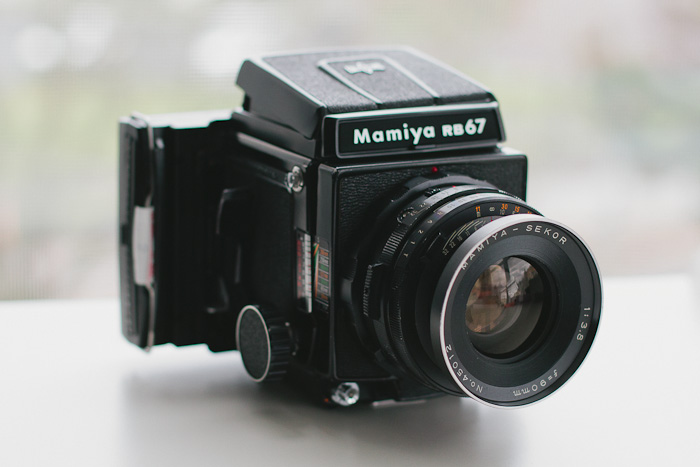 Mamiya RB67 with Polaroid back 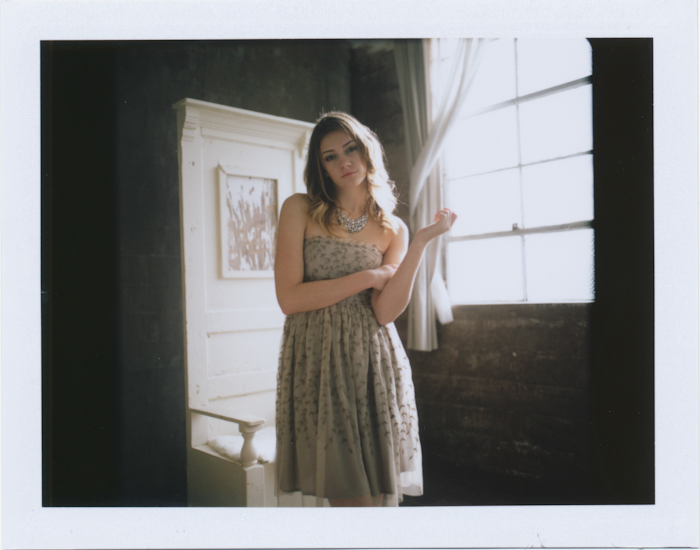 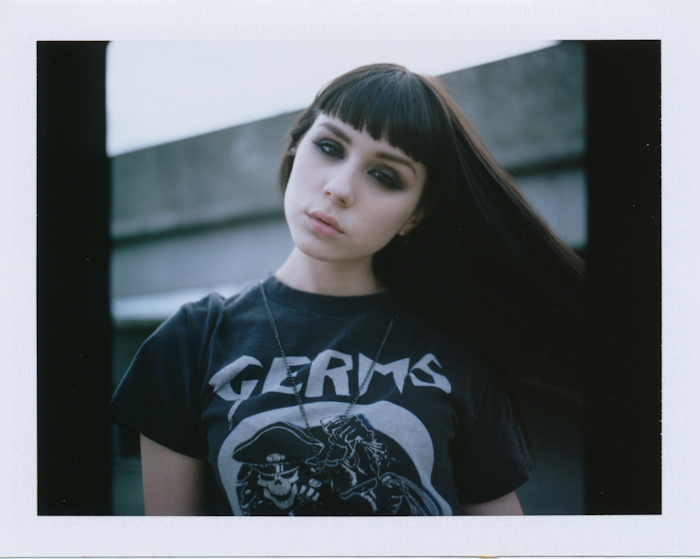 Another peel-apart film favorite of mine is the cult Big Shot Polaroid camera. This was one of Andy Warhol’s favorite cameras, and many of his celebrity portraits were shot with this odd-looking contraption. It’s a one-trick camera meant to take tight portraits with a Magicube flash cube, but within these confines you can produce nearly endless results. Everyone who visits our home gets a shot with the Big Shot. 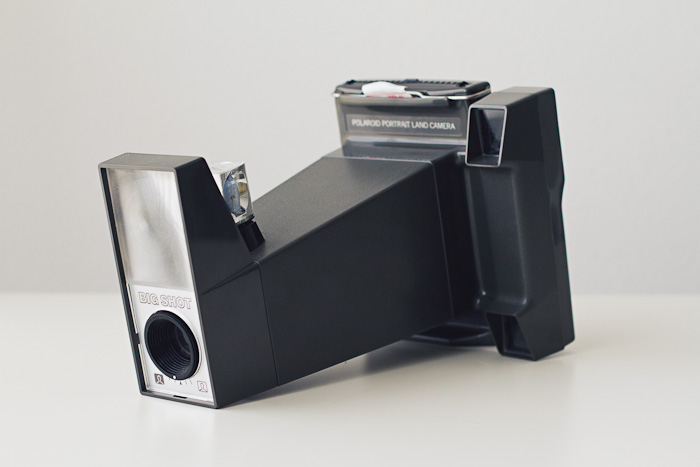 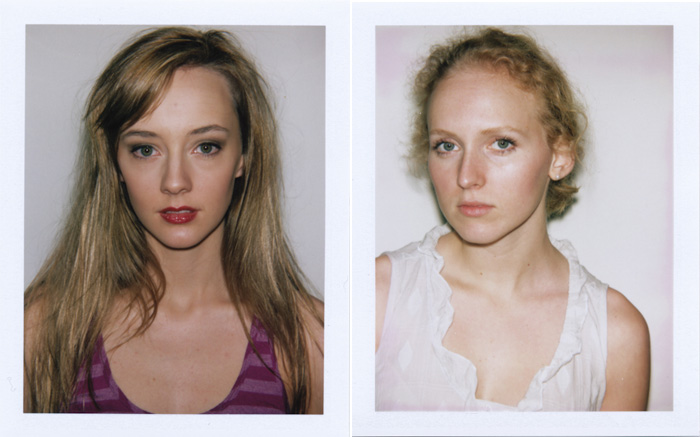 Diving into manipulating peel-apart film opens a floodgate of techniques, from image transfers and emulsion lifts to bleached negatives, so I’ll leave you with one simple way to start experimenting with peel-apart film.

If you’re using Fujifilm FP-3000B, when you peel apart the negative, don’t throw it away. Let it dry for a few hours in a low-dust environment, and when it’s not a gooey mess anymore, scan it with a flatbed scanner. Use an imaging software like Photoshop to invert the image, and you’ll have a fun alternate look to your original black-and-white photo. 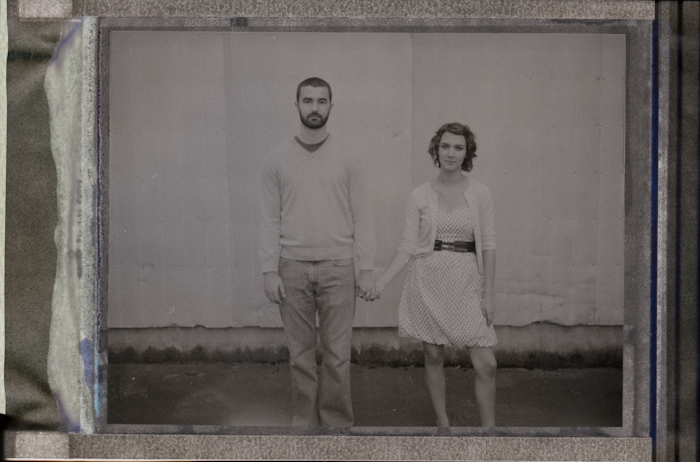 Too many cameras to list use peel-apart film. Because they’re so inexpensive and plentiful, the Polaroid Land Camera is a great starting camera, but lots of other cameras can create gorgeous results.

Whether you decide to stick to integral films or can’t get enough of peel-apart film, Polaroid cameras open up an entire alternate world of film photography. There’s way too much to quickly cover on this topic, but these basics can start you with an amazing genre of photography that I hope never disappears. Happy experimenting!

Many thanks to Phil for sharing the article with us. It is a brilliant read for those who are curious about the world of Polaroid cameras and films.